Fountain as a symbol in art: Farewell, fountain of tears! Long live, source of joy! 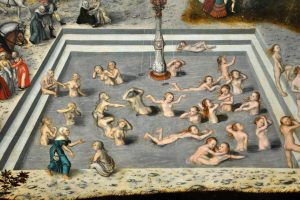 Fountains are not ugly. For the people of the Ancient world, the civilizations of the Mediterranean and Asia, this hydraulic device was vital. Both the poor and the rich equally needed water and everyone reached for the source … The artists did not cheat the decorated source with their attention and it took its place among the picturesque codes. Let’s try to decipher the secret signs of the past and their transformation. So, familiar to all the fountain, as a symbol in the painting.
Strong vertical washstand
The successor of the Roman Empire – Byzantium gave Christianity this benefit of the ancient civilization in the form of a multi-valued symbol. First of all, the priests used a special washstand called lavabo to wash their hands before serving. This adaptation in Catholic monasteries most often had the shape of a fountain.
Since the church needed a tough organizational vertical, it is not surprising that in the iconographic art there appeared a motif of a multi-tiered fountain uniting the church and society. The upper tier, as a rule, symbolized the idea of ​​God, who bestowed holy water – life-giving for Christian society.
A similar idea of ​​the world order was reflected in the altar canvas “The Fountain of Grace and the Triumph of Ecclesia” by the work of Van Eyck.
The font symbol in the form of a fountain, as a place for baptism (baptistery) and at the same time Paradise first appeared in the V century in illuminated manuscripts and later in wall paintings.
As a rule, it is a fountain of hexagon structure, covered with a dome. The columns in the foreground represent the four Evangelists, from whom the word of the Lord and the four streams of Paradise take power, symbolizing the flow of God’s grace bestowed on all. (Illustrations to the Bible of the Carolingian era, commissioned to perpetuate the baptism of the son of Charlemagne in 781, as well as in the Gospel of St. Medard in Soissons).
The early Christian (often found in the catacombs) plot – Saints Peter and Paul and two pigeons at the fountain, symbolizing souls, are drunk from a source of living water in paradise. (Mausoleum of Galla Placidia. Second quarter of the 5th century. Ravenna).
Blood, however, not water
The idea of ​​the sacrifice of Christ was transformed in a peculiar way in Western painting, true, and here it reached the pinnacle of sophistication. As can be seen on the central picture of the Ghent Altar (“The Adoration of the Mystical Lamb”), completed in 1432 by Jan Van Eyck.
The lamb, symbolizing Christ, stands on the sacrificial altar, and from its wounds blood flows, filling the Fountain of life, a symbol of the Christian faith, with the inscription: “This is the source of the water of life, coming from the throne of God and the Lamb.” Water from the bottom of the fountain pours out into the riverbed, laid with precious stones and flows in the direction of the altar.
A similar story is present in the miniature of the Book of Watches, probably painted in Ghent at the end of the XV century.
Subsequently, this theme successfully took root in the Spanish culture, committed to bloody religious traditions, such as, for example, in this 18th century Mexican icon from the Brooklyn Museum.
Heart of the Garden of Eden
On a hot afternoon, perhaps, there is no better place to rest than cool water in the shade of trees. A real paradise. That is why already in the gardens of the early Middle Ages, the fountain became in fact a necessary attribute, a symbol of the Garden of Eden and romantic love.
The monastery courtyard, usually square, was divided by narrow paths into four square parts crosswise (which had a symbolic meaning). In the center, at the intersection of the tracks, it was supposed to be a well or a fountain, in general, a small reservoir, which, in addition to symbolizing the purity of faith and inexhaustible grace, served its intended purpose – supplied with water. And in this regard, it is impossible not to recall the biblical story of Bathsheba (Batseb).
Paris Bordone (1500−1571). Batseba
The story of the beauty that King David took from her husband, the warlord Uriah, and who became the mother of King Solomon, is one of the most beloved in the visual arts, beginning with illustrations of the 11th — 12th centuries. In this case, the beauty does not so much bathe as this hygienic procedure in the font is identified with baptism. Batseb often symbolizes the Immaculate, and King David – the Lord and the spouse seeks to cleanse before meeting with the beloved.
Life-giving source
A popular motif of Orthodox icons is the Virgin and Child in a fountain from which water pours out. (Life-giving source. Monastery Zoodokhu Pigi, about. Corfu). The tradition comes from a source near Constantinople, where the miraculous grace of the Mother of God manifested itself. At the same time, the Virgin Mary itself is called the life-giving source.
It should be noted that the source of the Blessed Virgin – actually exists in the Holy Land, in Nazareth, where key biblical events took place: the Annunciation. The fact is that the water in this place comes from two tanks filling in spring and autumn. This system has existed since antiquity and could well remember the Blessed Virgin. It is not surprising that the fountain turned out to be connected with the Annunciation of the Most Holy Theotokos, the spring festival of burgeoning nature and full-flowing streams. 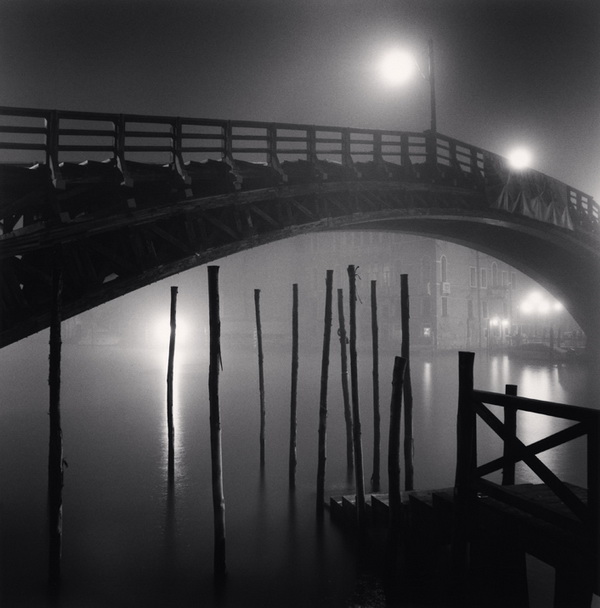