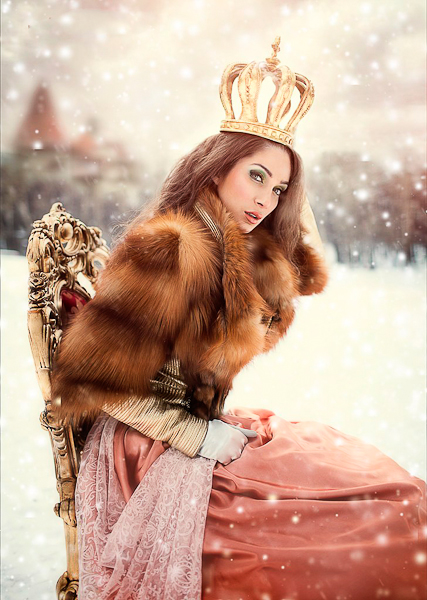 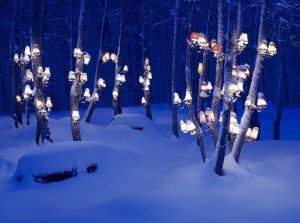 The heroes of the conceptual work of the photo artist Rune Gunerjussen – furniture, electrical appliances and telephones. Lamps arrange revolutions and travel. Chairs dance, debate and admire nature. Phones are submerged, talking and hugging. By a surreal comparison of interior objects and people’s behavior, the photographer hints at the absurdity of human attempts to conquer nature.
Rune Gunerjussen was born in 1977 in Norway, graduated from the Institute of Art and Design in England. His work has nothing to do with classic, clear images of all. It must have been the first time the works of Gunerjussen showed the world what a waterfall of books looks like, a herd of chairs and a round dance of lamps. Inanimate objects in the original artistic plan come to life, then overcoming forest thickets, now admiring the sunset, now participating in active discussions, now fighting for a place on the beach.
He is inspired to travel around the beautiful expanses of his beloved Norway to create extraordinary compositions from ordinary interior items. The mystical mood and light author’s irony make the Rune style memorable and exceptional. “Unlike the current fashion, I want my creativity to point to the way of understanding history,” he says, talking about the ambiguity of art. The main motive of the Runa research is the approach to creativity in terms of finding a harmonious balance between the relationship between man and nature.
When looking at the work of the photographer, it becomes surprising how responsibly he approaches the creation of his installations. This applies to everything from the idea to the choice of location of the shooting. To create his photo cycles, he traveled almost all of Norway. In many respects, it is precisely the careful selection of the location and impeccable technical execution that gives the author’s concept completeness, making it possible to treat each work as an independent surrealistic story. Rune shoots even in extreme weather conditions. He is not afraid of cold and snow. He is ready to shoot even at night.
Rune says that the birth of each new work is a slow and difficult process. He worked on some of his projects for several years: “Some ideas may develop over the years for one photo to be born”. At the same time, the master emphasizes that “a very important aspect is the impulsive actions at the stage of completion of the project.”
Answering the question why electrical appliances are often present in his works, Rune goes on to a deep philosophy: “Lamps are a symbol of not only the most important invention of man, but also the image of a tamed fire. This dramatically changed humanity. For me, contemplation of fire is one of the greatest mysteries and a reason for reflection. Electricity is a significant part of modern consumer culture, and reminding us that we must change our attitude to nature. ”
“My works are ideas and the result of my personal involvement in solving various philosophical questions throughout life”
Rune Gunerjussen believes that the true essence of his work can be conveyed only in large format printing: “All my work is in the details. One small thing is important for creating an interesting picture. This also applies to life in general. ”
Runun Gunerjussen, Norwegian photographers, Norwegian photographers
In one of the interviews, the journalist asks Runa to advise something to novice photographers. Lost in thought, the master replies: “Do not listen to anyone but yourself.” He continues to work on other projects that he prefers to keep secret so far. They “must stand the test of time,” he says.
Runn Gunerjussen is one of the most famous contemporary conceptual photo artists in Norway. His projects have been awarded many prizes and presented at photo exhibitions in many European countries.